Honeybees utilize swarming as a means to relocate or reproduce. Four ways that honeybees relocate are reproduction, absconding, artificial splitting, and relocation by beekeepers.

The honeybee queen mates once in her lifetime with several drones. The queen lays up to 2,000 eggs per day during the height of nectar flows. Some of her eggs are unfertilized, which produce the male drones (parthenogenesis). Thousands of worker bees (pheromonally inhibited from reproduction) perform domestic and food gathering duties. A reproductive bee swarm is comprised of the old queen, several drones, and about 5,000 worker bees (primary swarm).

Honeybee colonies will sometimes exit their hives due to unfavorable conditions. These can include lack of food sources, hive destruction, pest infestation (ants, mites, beetles, etc.), and other environmental irritants.  Absconding swarms may be small and have a poor disposition. 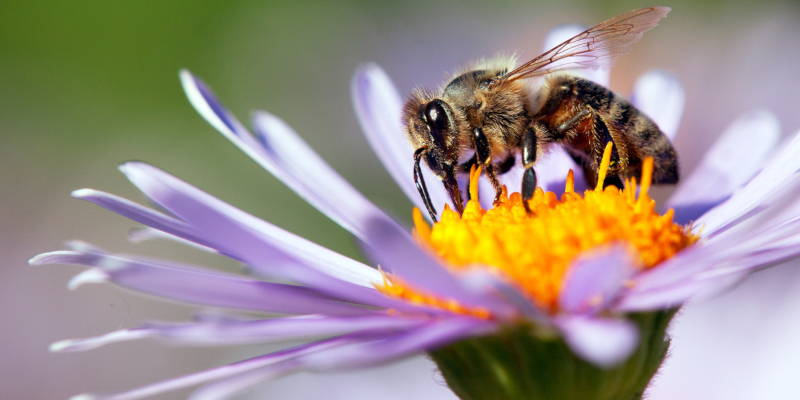 Artificial honeybee swarms are man produced. A healthy bee colony is divided by placing up to half of brood and honeycombs into a separate empty hive. The queenless half is provided a queen. The split hive is moved out of foraging range. This is a major method that beekeepers utilize to increase their colony numbers.

Within a honeybee location, weak colonies are often strengthened by switching weaker colonies positions with stronger colonies. The returning workforce usually enters the hive located in a familiar spot. Beekeepers move their bees to be near nectar-bearing flora and to perform pollination services to farmers. Some beekeepers specialize in “package bees”. In this procedure, up to five pounds of a hive’s bees are shaken into a shipping cage for introduction into new hive units.

Bee swarms will soon appear in South and Central Florida. This is evidenced by the observed rearing of large broods of young worker bees, as well as solid sections of drone pupae. When nectar begins to flow from Florida willows and citrus, the reproductive swarms will feel the urge to increase their colonies. When bee swarms are observed, call us at Florida Bee Removal (the original) to have these marvelous presentations of nature relocated to farms.

Regardless of the type or location of a honeybee swarm, let our experienced staff help determine the safest and most efficient method of relocation. By the way, Florida Bee Removal serves all of Florida.