Stories From The Hive – August 2020: In Quest Of Sourwood Honey

Every February, my grandmother hired a farmer to plow a plot for our annual garden. During early spring, Granny Watson transformed the clod-ridden soil into a fertile field. In it, she planted rows of okra, corn, and other vegetables. When the squash and melons appeared, Papa’s bees went to work pollinating the blossoms. (Six to twelve bee visits were necessary to set a good fruit.) 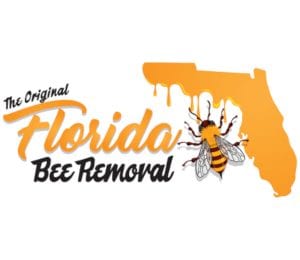 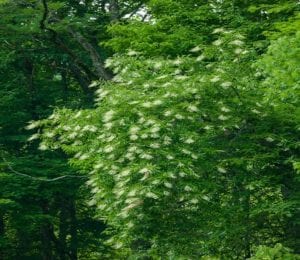 While Granny was tending her plants, Grandpa put more supers on his beehives to receive fresh nectar from tulip poplar trees. The poplar honey was amber in color with a stout flavor. The most delectable honey was gathered from sourwood trees. The year was 1949. It had been pre-determined that 16 beehives would be trucked to the North Carolina Mountains in quest of sourwood honey.

Similar to many agrarian projects, timing was essential. Grandfather Watson had observed, “A swarm of bees in May was worth a ton of hay; a swarm in June was worth a silver spoon; a late bee swarm in July was not worth a fly.” Since the poplar honey was processed by mid-June, there was only a short window remaining to load up the bees and take them to the mountains. Ideally, the bee colonies were at maximum strength when moved. Because bee swarm prevention management was in place. Populous beehives insured a bumper crop.

After World War 2, the United States was experiencing unparalleled prosperity. In 1949, a Ford COE Truck cost $2000. It was ideal to transport bees to the Smoky Mountains. That year, the average price of fuel was 20 cents per gallon. The retail price of honey was just under 15 cents per pound. It was hopeful that a bounteous flow of sourwood nectar would more than compensate for the expenses. After all, what price could one place on such an adventure?

I remember my grandfather’s urgent call, “Summertime is comin’ and the sourwood will soon be bloomin’ in the Smokies.” Let’s get loaded and begin the trip. 16 beehives, along with 48 supers, were secured onto the flatbed. Around 11 P.M. on June 12, 1949, two beekeepers departed for “Black Mountain” – a five hour journey. In 1949, that was a fur piece.

Traveling at night had its advantages: traffic was lighter, and bees stayed put in their boxes. Furthermore, a beaming moon followed the truck while traveling west along U.S Hwy 70. Beyond the florescent cities of Greensboro and Winston Salem, the moon was chased by clouds, casting shadowy hues along the roadway. Heavy rain, near Morganton, was concerning. The highway became slippery and sharp curves slowed progress. From that point forward, the road was hill and dale – constantly either revving the engine or down-shifting gears. 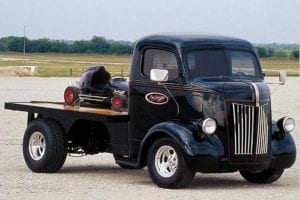 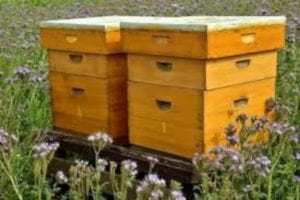 Beehives –all prepared for sourwood Nectar

The bee men arrived at the Black Mountain bee yard shortly after 5 a.m. on June 13th. Dawn broke at 6:30. As the blue haze began to clear, the bees were removed from the flatbed and placed on level ground in two rows of eight. Two supers were added to each of the good colonies and three were placed atop the best ones.

Black Mountain offered a panoramic view of surrounding green hills which towered above verdant valleys. Swift streams tumbled among boulder rocks and created waterfalls at steep inclines. Once the apiary was in proper order, the sourwood honey seekers ate a late breakfast downtown, refueled, and returned home. The bees were placed in the care of a relative who lived in Black Mountain.

A return visit to Black Mountain (named Grey Eagle by the Cherokee) was made on the 13th of August, 1949. The supers, heavy with sourwood honey, were cleared of bees and stacked on the flatbed. As the sun set across Swannanoa, the hives of bees were then loaded. The beehives and sourwood honey were secured with rope for the much-anticipated homecoming.

Upon arrival at the honey house, the men enjoyed a well-deserved rest. At dawn on the 14th, the bees were located back into the home apiary. That prized sourwood honey was secured to the packing area. The honey was estimated at approximately 1000 lbs.

Family members all contributed to packaging the combs of honey into mason jars. Frames of sealed product were quartered and placed into both pint and quart sizes. Combs, partially capped, were hand-squeezed and poured around the cut combs. This package was called, “bulk comb honey.”

Granny Watson had a banner year also with the family garden. Around the last of August, a family banquet was enjoyed. Corn, tomatoes, butter beans, and southern fried chicken were served. Granny made a coconut cake and hand -crafted biscuits, the biscuits were slathered with churned butter and covered with fresh SOURWOOD HONEY.

The Highlands is where we loved to be

Where clear streams flowed to the sea

And the Sourwoods grew wild and free.